Angular Framework: Why It’s the Future of Software Development 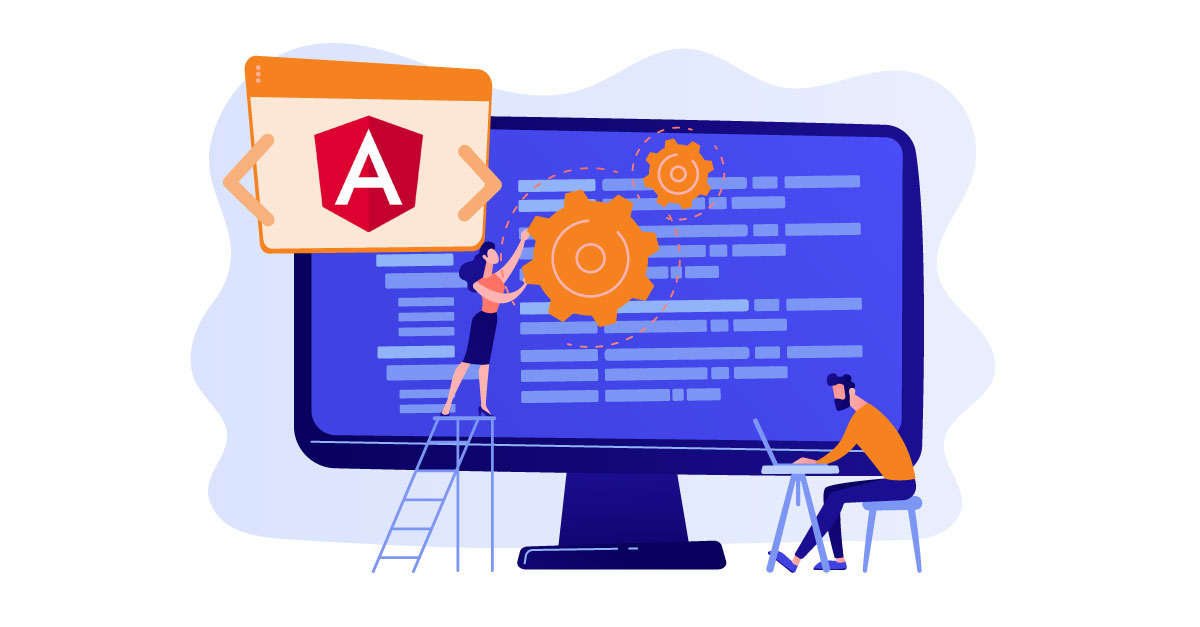 AngularJS, or Angular, is a web development tool used to build complex websites. Despite its highly technical nature, it offers significant opportunities for users who plan to create interactive and dynamic sites. That said, a good understanding of the programming language is necessary.

Angular framework is an open-source software development tool developed by Google in 2010. Would you like to order the development of a corporate website for a turnkey business?

Get in touch with an Angular development company that has delivered dozens of successful projects and generated revenue for its owners.

What made Angular Popular?

Angular is an open-source platform created and maintained by one of the largest technology companies in the world. There are myriad reasons why most companies choose websites and software developers powered by this platform over other tools such as HTML5 and CSS3.

The aspects mentioned above are the main points that make it worth it!

How to Use Angular?

Angular JS is used to create web apps and user interfaces in various ways. It stands out among other software development tools because of its comprehensive and professional features.

The following are some ways in which Angular can be used:

External structures aren’t required much, and the learning curve isn’t as severe.

The application of Angular programming is not restricted to the fields mentioned above. This software development tool can be used in a variety of situations.

Why is Angular the Software Development Platform of the Future?

Angular is used by many big businesses to create resilient and stable large-scale enterprise applications. It’s worth noting that Google uses hundreds of Angular applications internally.

In Angular, the TypeScript language is utilized to develop code. While JavaScript only allows dynamic types, it encourages users to use static types in their programs. Static typing aids in the detection of errors during the development process. This is particularly handy when working on huge applications because it saves time.

Typescript maintains a stable and predictable codebase by supporting auto-injected libraries. It has become a must-have due to quick refactoring, powerful autocompletion, and seamless navigation.

2. The architecture of Cohesive Components

The component-based architectural framework of Angular makes web application development easier. It enables Angular developers to create a tree of components that are interconnected in such a way that they are made up of elements that perform the same functions.

Components can be readily replaced with the desired implementation because they are loosely connected.

Angular has dramatically simplified the development process by automating vital steps such as initializing and configuring the application. Users may do end-to-end testing of specific components and full software with a few easy instructions. Users can add features to your Angular enterprise app in minutes.

Transparent changes in large apps are also made more accessible. It is now effortless to discover the suitable location to insert updates and the correct module to import the component in an Angular business application to support more features.

It’s a style of design in which one object is dependent on another. It defines all the relationships between modules and elements in a class.

Dependency injection also increases the readability and maintainability of your application code. It also cuts down on testing time and, as a result, development costs.

The Ivy Renderer in Angular translates code into basic JavaScript instructions that the browser can comprehend and render. Its tree shaking approach is used for components, removing redundant code snippets.

This Angular framework service causes the application to render on the server rather than in the client’s browser. This can help with various things, including increasing web app traffic, enhancing search engine rankings, reducing app page load times, & enhancing mobile app performance. However, users can enjoy the experience without any trouble.

Companies that wish to create great user experiences without investing time and resources should consider Angular. On the other hand, Angular Material provides ready-made UI components that can be used for both web and mobile applications. There are a number of design best practices that are intended to provide users with an aesthetically pleasing interface.

A large number of companies rely on the elegant tools and efficient architecture of Angular to develop their applications. Furthermore, it has a strong ecosystem with strong Google support, making it a solid framework.

Angular is used by many big brands for their websites because of its advantages listed above, including:

Angular is a good solution for developing quick and dynamic apps for your business. It has made great strides since the early part, and it continues to improve with each passing year.

Applications built with Angular are fast, precise, and provide the performance necessary to thrive and develop a brand efficiently. The elegant tools and efficient architecture of Angular make large companies rely on Angular to build applications. Along with high stability, Angular has a robust ecosystem with strong support from Google, so it is a solid framework. All these aspects undoubtedly make Angular a bright future in software development.

Interested in finding out how Angular Development services can help you achieve your website goals? Schedule a Free Consultation!

AngularJS, or Angular, is a web development tool used to build complex websites. Despite its highly technical nature, it offers significant opportunities for users who plan to create interactive and dynamic sites. That said, a good understanding of the programming language is necessary. Angular framework is an open-source software development tool developed by Google in… END_OF_DOCUMENT_TOKEN_TO_BE_REPLACED