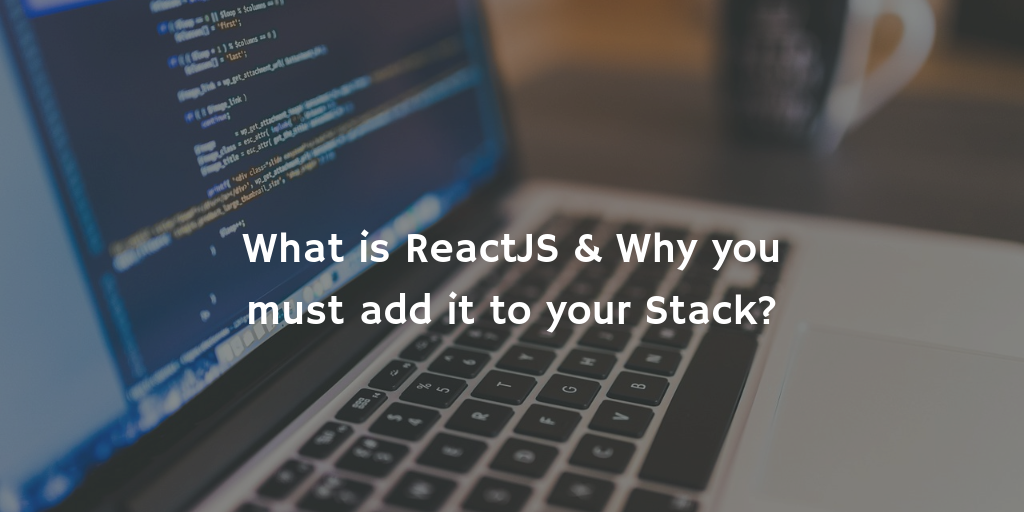 For entrepreneurs planning to build a website or a mobile app, choosing the right tech stack is one of the most challenging tasks. Due to new tools, frameworks, and libraries being released every day on the market, it has become even more tedious for business owners to choose one.

But, the decision of selecting the right technology is crucial and should be approached very carefully. React is one of the most popular frontend libraries that can help you create robust and beautiful experiences. Why should you choose React over other frontend frameworks? And, most importantly, what are the use cases of React?

Let’s learn more about how including React in your tech stack will benefit you.

What is React JS?

Built and managed by Facebook, React JS is a Javascript library used to create dynamic and robust web experiences. According to its official website, it is a declarative, efficient, and flexible open-source JS library that can be used for developing fast and scalable web apps.

As per a Stackoverflow Survey, it was the second most loved web framework among developers in 2020 after ASP.NET Core. Presently, more than 220,000 websites are using React and several industry leaders trust its capabilities, including Netflix and Apple.

The statistics and data around React show that its popularity is not just among developers but also among business owners who are looking for cutting-edge technologies to develop amazing solutions.

Now, the question arises as to what makes React so popular among businesses? Or, what made brands like Netflix use React in their tech stack? It must have some extraordinary features, right? Let’s see what these features are and how you can take advantage of them.

What Makes React JS So Popular Among Businesses

Here are seven reasons why you should include React in your technology stack:

Web development projects often turn into bulky systems that become hard to manage and scale. But, if you are using React, you will have enough flexibility to manage on your own. Its architecture allows the bundling of code into custom components which set a solid base for the development process optimization.

It neither guides nor restricts you while managing things like the structure of your application on your own. You can use any third-party libraries or frameworks while using React to improve the quality of your product. Unlike its biggest competitor Angular, it is not highly opinionated.

React is a framework designed by Facebook while keeping performance in mind. It has features like server-side rendering and virtual DOM that help developers build large-scale apps that offer amazing performance and speed.

Virtual DOM lets developers test all changes to the DOM first to find out risks associated with each modification in the app and ensures that the app provides seamless UX/UX all the time. Using virtual DOM is easier to render as compared to UI in the real DOM.

This basically allows developers to deploy the same digital objects over and over again, leading to improved developer productivity and better code maintenance.

Another business-related advantage of React is that it lets you use a good abstraction layer, which implies an end client can’t get to the complex application internals.

Your developer just should know about certain basics and the app’s internal functionalities. Additionally, React doesn’t specify any architectural pattern like MVP, MVVM, or MVC. You are free to design the app structure the way you want it to be.

The quality of the UI in an application can be the difference between a successful or failed product. If the user interface of an app is inadequately designed, it lowers the chances of an application succeeding. But, if an application has an excellent UI, it is more likely that the user will want to try it at least once. Therefore, creating beautiful UIs is somewhat crucial for an application to flourish. React lets you build such top-notch UIs through its declarative components.

As compared to large monolithic architectures, React code is not difficult to maintain and update because of its modular architecture. Apps developed in React are very flexible and can be scaled without any problem. This will also help a business save time and money in the long run.

React Use Cases: What Sort of Projects Can Be Built in React?

As per its official website, React can be used to develop large-scale apps that have dynamic features and complex UIs. Many industry leaders like Netflix, Uber, Slack, and Instagram rely on React for their projects. Let’s see some of its use cases:

Large Scale Projects: Since React lets you use a component-based architecture, it can be used for developing enterprise-grade web apps. Large-scale applications require reusing components to save development time and cost, which is exactly what React helps with.

Apps that Need Dynamic Features: React is an ideal choice for web apps that allow dynamic page updating. For example, this makes a difference with social media apps that load a new page on every user request or preference. Facebook and Instagram both use React to provide amazing experiences.

Complex UI: Again, due to reusable components in React, it makes sense to use when you need to tackle complex UIs or develop a website that has several pages with a similar UI.

Progressive web apps (PWAs): PWA is a type of web application that can work offline, access device functionalities, and provide a native app-like experience. React is an ideal choice for creating such apps, and you can also convert a React app to PWA.

Since its inception, React has continuously evolved, increasing its development capabilities and features. It can be an amazing addition to your tech stack if you wish to build impressive UIs and beautiful animations using reusable components. It can help you cut corners on cost and time without affecting the quality of your web app.

But, you will need experienced developers to avail of many of the benefits that React provides. Are you planning to develop a high-performing web app and need it fast? Hire remote web app developers proficient in React at Netsmartz.

For entrepreneurs planning to build a website or a mobile app, choosing the right tech stack is one of the most challenging tasks. Due to new tools, frameworks, and libraries being released every day on the market, it has become even more tedious for business owners to choose one. But, the decision of selecting the… END_OF_DOCUMENT_TOKEN_TO_BE_REPLACED