How to Improve the Performance of your Flutter App 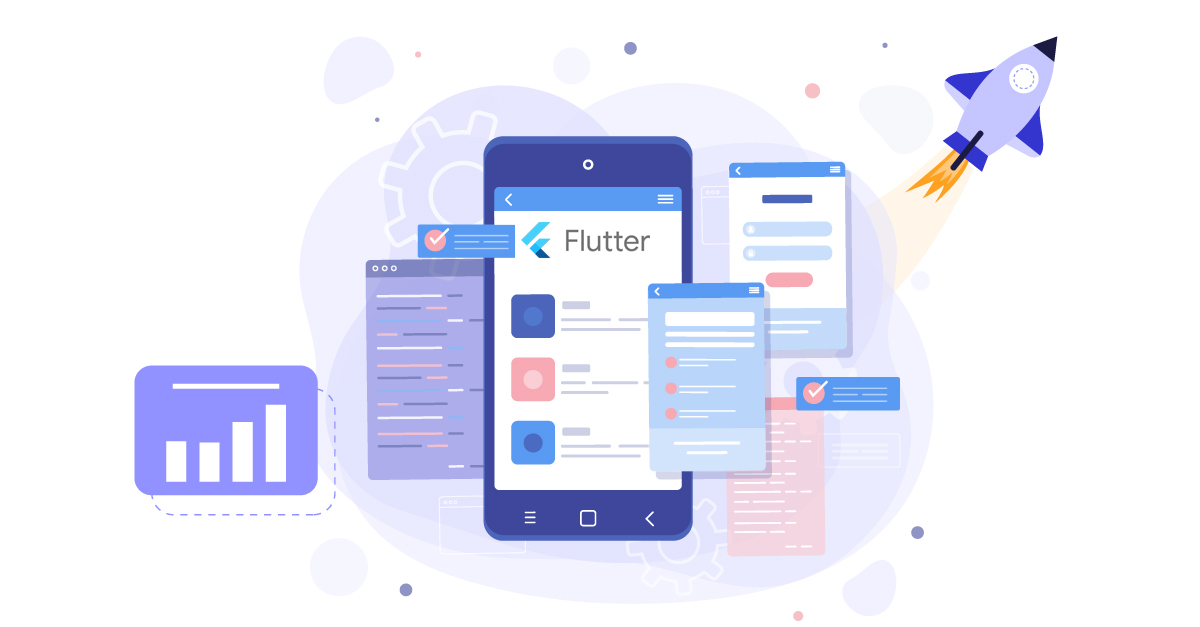 A technical startup’s application is typically a key component of its growth. And what is required for an app to succeed?

There are two separate replies we are hoping to get here.
Market analysis or customer profile is what marketers & business heads would advise. However, the technical stack of the program, is what the geeks, the coders, and the makers would focus on.

Utilizing a suitable framework is unquestionably important for app development, regardless of the response.

However, which one of the several ones present is an appropriate cross-platform framework for developing apps?

Flutter might be the ideal option for entrepreneurs looking to launch a functional app, without shelling out a huge fortune.

So, in this article, we will analyze Flutter in detail to better understand why it is the most popular option for creating cross-platform apps as well as some tips on how you can boost your flutter app’s performance.

Google’s open-source user interface development toolkit is called Flutter (SDK). With just one codebase, it allows the incredibly quick development of apps. It is founded on the Dart programming language from Google.

It is a complete SDK that has everything you’ll require to make a cross-platform application, thus it goes beyond simply a UI framework.

Flutter has already been incorporated into the creation of some significant companies and enterprises, such as Alibaba, Tencent, and many others. Compared to other strong cross-platform application development platforms like React Native, and Angular, Flutter has made significant progress in a short period of time. So it’s safe to say that Flutter has a promising future, particularly given that Google is utilizing it as a UI rendering engine in Fuchsia OS.

Some Interesting Numbers About Flutter Development

These numbers clearly indicate that flutter is here to stay and one of the best choices for your app development. And if you already have an application built with flutter and want to improve the app’s performance even further.

Wait! Before boosting the app’s performance you need to measure how the app is currently doing. You can follow the following aspects to measure the app’s efficiency.

How to Measure the App’s Performance

Monitoring your visitors is essential for developing greater interaction, including audience segmentation, activity tracking, and the launch of effective app promotional activities. However, some individuals choose to ignore this measure. In addition to going further than just downloading and one-time views, monitoring visitors enables you to learn more about your users’ behavior.

After all, a visitor may download the app but never utilize it. Once you are aware of your customer base and the number of regular consumers, you may set goals for boosting engagement with consumers across channels, with people who have abandoned a particular funnel, or with people who can help you detect churn concerns. Additionally, you obtain more knowledge about how people monetize their usage, such as how frequently they use a product or service if they make in-app transactions, and how often they click on advertisements.

Duration in-app keeps records of how much time a consumer spent in the application over a particular time period. For example, user X spent four of the last twenty-four hours in the application. It’s an additional metric for figuring out how frequently and enthusiastically consumers use your software. This interaction indicator monitors behavior over time to offer you a clear understanding of consumption habits and trends.

The acquisition shows the number of people who access your application via organic search engine results, user recommendations, paid advertisements, or in-app recommendations. When you use paid collaborators like Facebook to execute promotions to drive users worldwide, this number is very crucial to monitor. Acquisitions reports keep a close watch on the amount you invest to bring in new consumers, their application downloads, and their activity once they’re using your app.

Thousands of errors are frequently reported and overlooked in applications. And you definitely do not want these failures to be displayed to the visitors. Many performance issues can be brought on by these hidden application errors.

So here are is 3 methods for tracking application errors:

You may very well be sure that you will experience issues with performance metrics if the server’s CPU use is absurdly high. A fundamental and crucial statistic is to keep track of the server’s and your apps’ CPU load. You may analyze the CPU utilization and receive tracking alerts from almost all servers and app monitoring solutions. It’s crucial to monitor them separately for each server as well as collectively for all independently deployed versions of the app.

Now that you know how your application is currently performing, it is time to boost its performance.

Yes, StatefulWidgets let you construct any UI component without having to worry about the state. However, these are much more beneficial if the application has a substantial build method and you require the UI to alter dynamically according to consumer activities while it is running. These widgets may re-render themselves when their inner state or even the data input updates and also have an internal state. So, reduce your reliance on such widgets, for improved Flutter performance.

You can divide huge widgets into tiny stateless widgets to eliminate constantly recreating them. Stateless. These widgets demand less processing capability because they don’t alter as frequently. As a result, they become more effective and convenient to operate with.

So, what distinguishes a constant widget from a regular widget? During compilation time, the widget will be activated if Const is applied to it.
This indicates that declaring the widgets as constant will start at the moment of compilation instead of at runtime. This will additionally allow you to use widgets as frequently as needed while avoiding pointless rebuilds.

4. Reduce the number of layout passes brought on by intrinsic functions

In contrast to other frameworks, Flutter puts a strong emphasis on design and limitations when building a user interface. You must therefore memorize these crucial guidelines: Limitations loosen. Sizes expand. The parent decides the placement.
Certain widgets can also be costly to layout, notably grid and list. Nevertheless, Flutter aims to run a single design pass-over widget in order to minimize the effect on Performance. However, the efficiency can be slowed down when a second pass is required. Enabling the Track layouts feature in DevTools and checking your app’s stack trace will let you determine the number of times layout passes are made, which will help you determine whether you have a lot of intrinsic passes.

5. Reject the use of the opacity widget.

An Opacity widget must be rebuilt after every frame whenever you animate it instantly since it may also rebuild its widget’s subset. This is useless and could affect how well your animation performs. Consider utilizing AnimatedOpacity or a FadeTransition as an efficient replacement to prevent this.

The expensive function savelayer() is used by the Flutter code to implement a number of UI special effects. But frequent applications of this technique can slow the application. Therefore, prior to putting the Flutter app’s efficiency in danger, you should be well aware of this.

A buffer offscreen is created whenever savelayer() is used in the code. Due to GPU’s desire to operate as efficiently as possible, this could result in render target transition when transferring data into the buffer. This flow is momentarily redirected by a render target transition before being rerouted; this has a detrimental effect on the rendering efficiency of GPUs.

As you now know, Flutter is a great framework for app development for startups. And you can significantly improve your app’s performance by putting all the aforementioned advice into practice.

But in order to accomplish all of this, you’ll need to hire dedicated flutter developer who can comprehend your objectives and deliver the desired outcomes. So, if you’re wanting to increase the performance of your app by working with remote flutter developers, you’ve come to the right place.

Why Netsmartz is the destination for your Flutter Developer requirements

In order to provide digital solutions that go above and beyond their expectations, we carefully collaborate with our clients and comprehend their demands. As your Mobile App development partner, Netsmartz powers your Flutter apps, enables you to hire pre-vetted dedicated Flutter developers, and scale as well as optimize your app. With Netsmartz you can –

So, schedule an interview now!

Name
How to Improve the Performance of your Flutter App
Description

A technical startup’s application is typically a key component of its growth. And what is required for an app to succeed? There are two separate replies we are hoping to get here. Market analysis or customer profile is what marketers & business heads would advise. However, the technical stack of the program, is what the… END_OF_DOCUMENT_TOKEN_TO_BE_REPLACED