Native, Cloud-based, Hybrid, or Cross-Platform – How to Choose the Right Mobile App for Your Business? 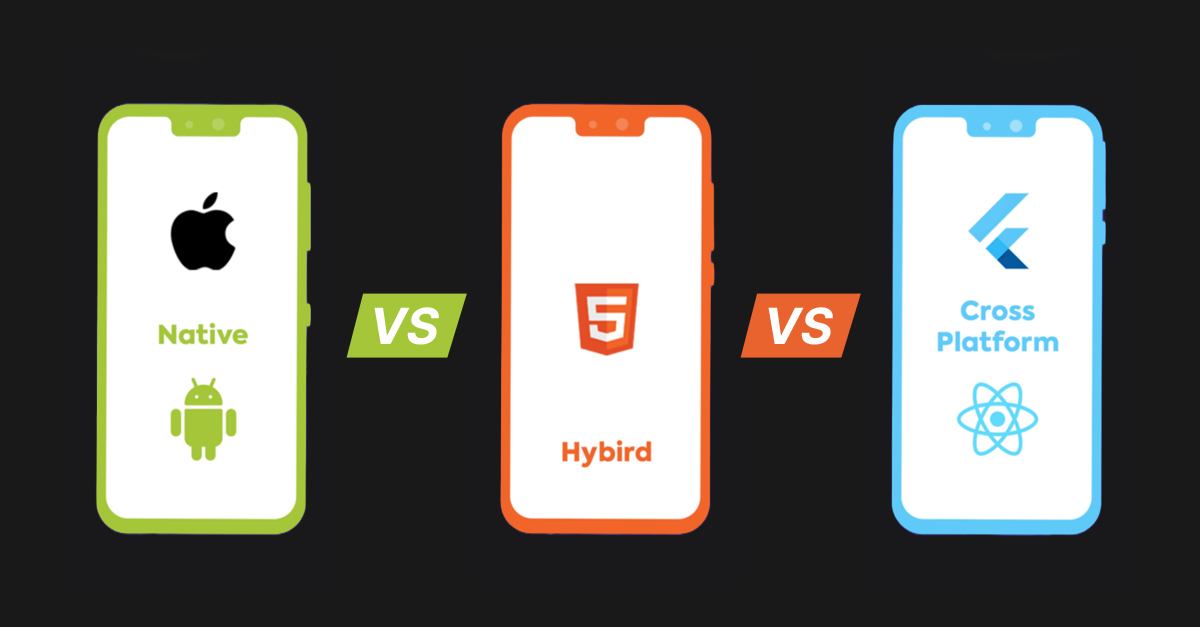 Custom apps target niche audiences with nuance, providing a specific, refined UX to boot – with all the money and functionality offered by a web app or software.

Apps are a big market.

You do not need to second-guess that fact.

A report by Allied Market Research Group predicts that the mobile application market will grow to reach $407.31 billion by 2026 at a CAGR of 18.4%.

The scale is enormous and is exponentially increasing!

Many organizations are constantly looking for mobile app technologies that can help them enhance their consumer experience and take their business performance to new heights.

But before you begin your journey, you will come across the question; which is the best mobile app for your business? And what is the methodology that would best fit your requirements?

Three types of apps that can be accessed in mobile devices

There are three primary types of apps are;

Let’s have a look at each of them and understand what precisely these frameworks are:

Native VS Hybrid VS Cross-platform Vs. Cloud-based

It is the process of building a mobile app exclusively for one of the leading platforms like Android and iOS. Businesses have dedicated tools to build native apps for building respective operating systems.

Some of the best examples for the same are Java and Kotlin for Android, Swift, and Objective C for iOS.

The advantages of opting for native app development are as follows:

After all the pros, native mobile apps also have some cons, such as-

The hybrid apps can be installed on both platforms, i.e., Android and iOS. These apps are developed using HTML5, making it one of the easiest for developers, even with little coding knowledge.

Hybrid mobile apps have their advantages and disadvantages, which are as specified in the following sections:

The disadvantages of developing hybrid mobile apps are;

A Web app is essentially a responsive website that adapts to the user interface of the user’s device. When you are installing a web app, it merely bookmarks the URL on your device.

Mobile web app development uses technologies such as HTML5, CSS, and JavaScript to develop apps similar to native apps. Since web apps aren’t stand-alone, they must be downloaded and installed on a mobile device.

Taking web app development to the next level, Progressive web apps are a kind of web app similar to native apps running in a browser.

The advantages of developing web-based mobile apps are-

The disadvantages of web-based mobile apps are:

Most of the time, business stakeholders are confused between cross-platform and hybrid app development, mistaking them for the same. But in reality, these are two entirely different things;

Cross-platform is built on the principle of building re-useable and shareable code that can be used to build apps for different operating systems platforms. This brings down the concept of writing a single piece of code that can be re0sued across various platforms, reducing the development cost and effort.

So, jumping straight to the advantages and disadvantages, cross-platform mobile apps are as follows;

The disadvantages of building cross-platform apps are-

So, what path are you going to choose?

As described, all the technologies have their unique advantages and disadvantages. While you can choose native or cross-platform apps for the best user experience, at the same time, you might have to compromise on the cost parameter.

A few questions you must ask before choosing the right technology would be your timeline, budget allocation, the complexity of the platform, and so on.

Name
Native, Cloud-based, Hybrid, or Cross-Platform – How to Choose the Right Mobile App for Your Business?
Description

Since Google brought in mobile-first indexing and a mobile-primed approach, custom app development has started gaining traction.  Custom apps target niche audiences with nuance, providing a specific, refined UX to boot – with all the money and functionality offered by a web app or software. Apps are a big market.  You do not need to… END_OF_DOCUMENT_TOKEN_TO_BE_REPLACED