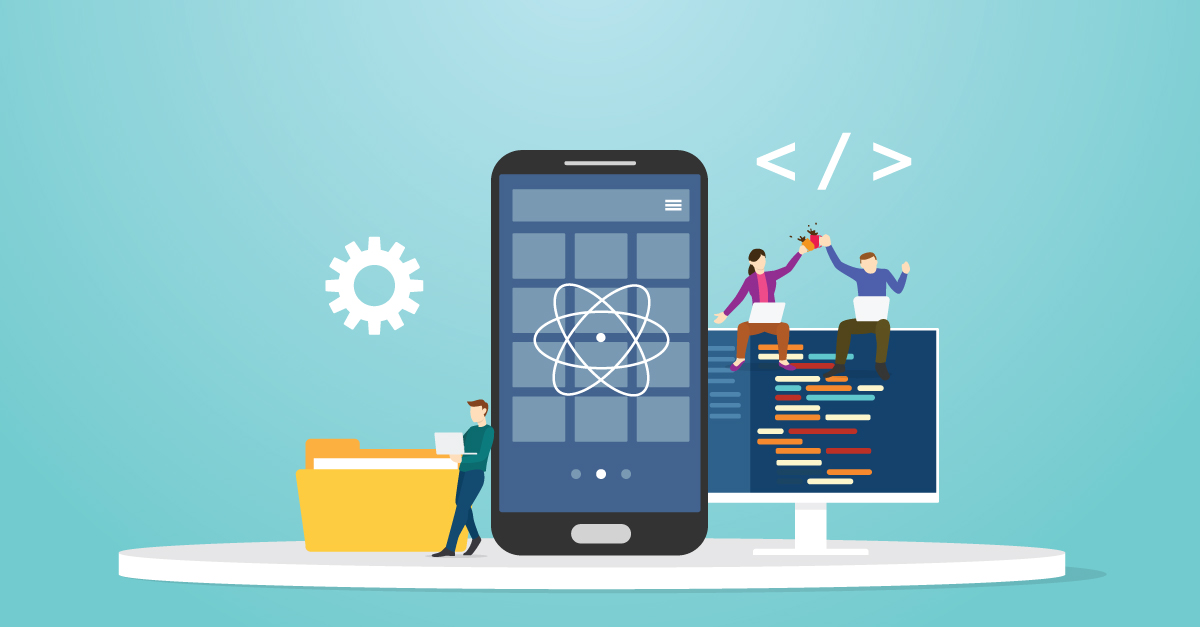 Do you have any plans to capitalize on the growing mobile app market?

This would be no overstatement to state that mobile apps have become an indispensable part of our lives. And users have already seen enough robust mobile apps. So, what can you show them that is impressive and seamlessly integrates with the mobile OS?

One tech solution at our disposal is React Native.

This article will help you understand what React Native is and why you should consider the same for your next mobile project!

Further, React Native is used to building cross-platform mobile applications that work efficiently on iOS and Android platforms. React native- an open-source platform for developing mobile apps was launched in 2015.

The number below is clear enough to depict how React Native is making its place in the industry.

In the earlier stages, React Native was not considered feasible for businesses, and it couldn’t build native mobile apps.

But with time, this framework improved and is considered today for building native mobile apps and has earned excellent market share. Today, React native is regarded for developing high-performing mobile apps.

Why should you choose React Native for your next project?

Before you start looking for a product development company for your next project, it is essential to know the benefits and reasons to choose React native as their following mobile app development framework;

1. The benefit of working under a limited budget

Since many start-ups usually have limited budgets, money is a crucial concern for most of them. Every small business and start-up owner is interested in achieving more in less, enjoying greater and faster ROI to survive this stiff competition.

For these reasons, start-ups always prefer to build and hire React native app developers, which can help them save time and cost.

While building with React Native, businesses develop apps for the two leading platforms-iOS and Android, at the same time. Cross-platform apps can be trusted to deliver the same performance for both platforms with lesser efforts required for changes.

With React Native, businesses do not need to focus on programming languages such as JAVA, CC++, Swift, or any other framework. If you are a JavaScript developer with rich knowledge of APIs, UI libraries, and hybrid app development, you can also build a react native mobile application.

Depending upon the app idea, iOS or Android application development in React native can help you simplify otherwise complex situations. This fantastic framework uses Facebook’s UI to make simple code for ReactJS implementation.

React Native developers work on the interface and make it look similar to what it may look with JavaScript. The aim here is to deliver apps quickly and reduce time-to-market. There is almost no complexity involved in developing React native app.

With React native, application logic across two platforms can nearly resume almost 70 percent of the code between iOS and Android. With robust code and fragmented modules, React Native is interfaced efficiently. Developers can easily understand the code sequence through the application, and there is a lesser need to have a team of core developers.

At one point in time, if you intend to write platform-specific code, you can do the same in React native by noting the “native module” and bridging the gap between host and JavaScript code.

With iOS and Android, we need a single code to remove bugs. While the operations are simple and easy, React Native will continue for an extended period. Since more and more people are associating with this module, this is believed to be more responsive and reliable.

React Native offers a platform that helps you develop highly efficient apps. Creating iOS and Android apps using the same codes makes things great.
The most significant dilemma for any start-up or small-sized business here is getting a hold of a suitable app developer or hiring an outsourcing product development organization to simplify the process further.

Do you have any plans to capitalize on the growing mobile app market? Did you know? Mobile apps got 230 billion downloads And consumer spending reached $170 billion Users spent 8 trillion hours on apps and games in 2021. This would be no overstatement to state that mobile apps have become an indispensable part of… END_OF_DOCUMENT_TOKEN_TO_BE_REPLACED