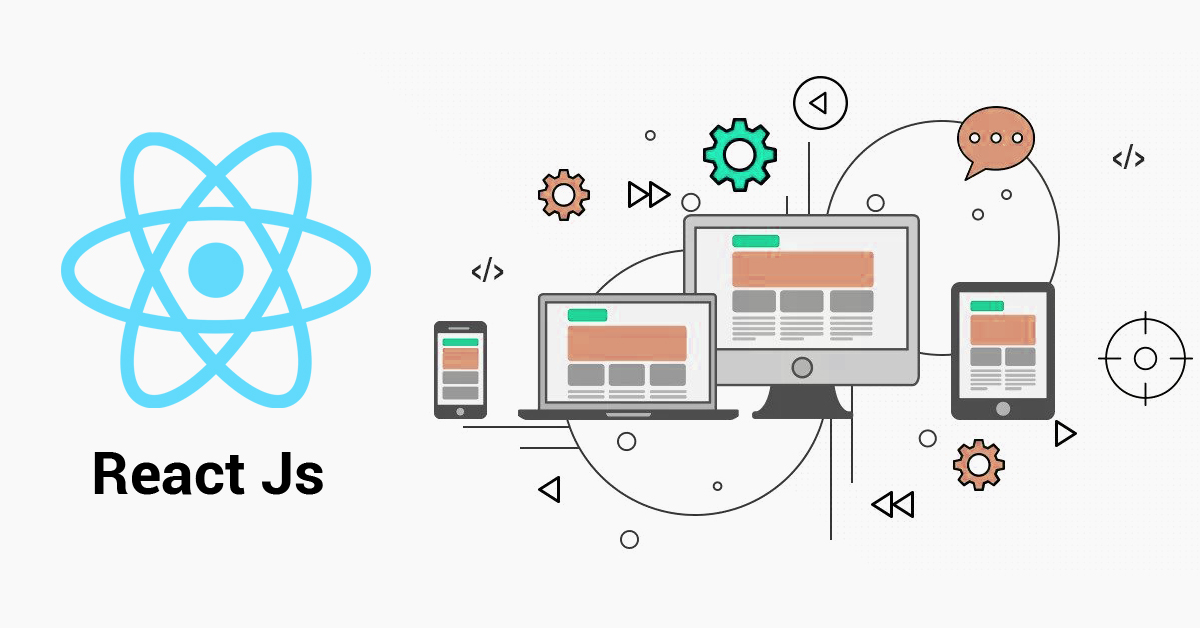 The ideal SaaS development framework for 2022 is React.

Yes! You read it correctly.

ReactJS was initially created by Facebook and eventually expanded to a very well SaaS app that became an essential part of our everyday lives. This is a truth that ReactJS has fulfilled and frequently even beyond consumer expectations. This is the reason why multiple companies are choosing to react to build apps to stay on top of the current trend. So, just like Instagram and Meta, you can also use ReactJS to build your SaaS product.

But here are a few questions that may come to your mind:

So in this article, we are here with all those answers. But first, let’s create some basic concepts of ReactJS and SaaS.

A Quick Glance at ReactJS:

ReactJS is a Javascript available for free and is used to create UI for single-page apps. Mobile and web apps’ view layers are handled by ReactJS, which also allows programmers to develop a wide variety of UI elements. Complex web apps can be built with ReactJS such that data updates can be performed without having to restart the app.

It is a terrific tool for dedicated ReactJS programmers since this is not only quick but also easy to use and adapt.

Since it is straightforward and user-friendly, JSX is the template language that ReactJS uses. When JSX Syntax wishes to offer the subelements, it always uses HTML tag syntax, which is a huge advantage. Then, in order to create a complete React framework, all these elements are moved from Python to JavaScript.

ReactJS uses a one-way data flow. HTML tag attributes are utilized to transmit information to the element’s renderer.
Elements using ReactJS are unable to directly access or modify any attribute. But by sending a callback, it becomes easier to modify and upgrade attributes.

An individual logic set is used to build each element of ReactJS applications. ReactJS makes it possible for SaaS programmers to transport data across various sections of their applications without changing the DOM.

Programmers may use the built-in libraries thanks to ReactJS. To build a JavaScript framework for mobile apps, the majority of programmers mostly leverage the libraries that are already accessible. Seamless conversion of an application from the web to the phone is ensured by the similarities between React Native and ReactJS.

A Quick Glance at SaaS:

Software as a Service is referred to as SaaS. It enables consumers to have online access to a wide range of software. You may describe it as a cloud-based system that enables people to connect and gain access to various applications. The software may be directly accessed from external servers, removing the requirement to download on the user’s computer. SaaS is a subscription-based service, meaning customers must pay a monthly charge in order to access the various, software they need.

Do you think in order to create new software, the dedicated ReactJS programmers need to begin from scratch with the code? However, React JS’s code reusability capability speeds up the process of SaaS applications by making it simple for programmers to reuse previously written code. Another of React.JS’s finest features is its components. Also known as little foundation blocks, these components accelerate the development process significantly.

A saas product development company may decide at certain points that it is time to switch to a brand-new IT infrastructure and abandon its existing one. Considering resource- and labor-intensive, it may be a massive undertaking. For SaaS programmers, migration is a breeze with React because it is such a flexible framework that it adheres to JavaScript standards. Because the system can be maintained without being shut down, companies are relatively self-sufficient.

SaaS apps run better when rendering is quick. With Apps, handling or doing numerous tasks at once becomes necessary but also elongates the lag. ReactJS has the capability of rapid rendering to boost performance and reduce time spent re-rendering. The improved Original DOM, known as Virtual DOM, makes it feasible to rationally trace the elements that need to be re-rendered. Virtual DOM aids in re-rendering but also enhances SaaS applications’ efficiency.

Every entrepreneur of an application or a website desires an increasing number of people to interact with their products. React improves the SaaS app’s SEO compatibility and aids in generating higher organic customer engagement.

5. Sharp Transition from Web to Phone:

As most people access webpages, apps, or the bulk of items through a smartphone. Therefore, the app you intend to develop should be compatible with mobile devices. A single-page application in ReactJS may be easily converted into the mobile phone appl using the React Native functionality. This feature makes react more powerful than other frameworks.

A dedicated ReactJS programmers support structure is a must for every framework, and React offers excellent community support due to its widespread use.

ReactJS was created by Facebook (now known as Meta)personnel who envisioned it. Therefore, the fact that Facebook began utilizing ReactJS for its feeds should not be too surprising. ReactJS was made available to everybody by Facebook in 2013. Facebook has incorporated its finest tips in a variety of ways, including Facebook newsfeed, messenger, and advertisements.

ReactJS was used in the development of Reddit’s smartphone application. For developing mobile applications, React native is regarded as the best option. This is why Reddit modified its platform in 2018 using ReactJS. As you probably know, Reddit is a well-known conversation platform where around 250 million members actively contribute their opinions on topics like politics and entertainment. Most Reddit members are using the mobile app to conveniently talk in feeds. There is already something beyond 60k subscribers to the ReactJS subreddit, wherein users post courses and job offers relevant to their field of study.

It is essential for Netflix to have improved efficiency and speed because it receives a lot of video traffic. The benefit of Netflix’s virtual DOM is that it produces quicker rendering. Across all platforms, from TVs to smartphones, it employs ReactJS to enhance the overall user experience.

It is a well-liked SaaS program for online document and picture storage. Besides rapid rendering, testability, as well as the benefit of a single-flow direction, the application was not originally designed using ReactJS but was subsequently moved to it due to the fantastic SEO capabilities it provides. A logical procedure is required for this SaaS service to administrate and handle data, which includes images, movies, and documents for several users at once.

A terrific SaaS program, Pinterest offers a distinctive environment for collecting and viewing inspiring images. The leading platform for posting content right now is Pinterest, which now has about 200 million active members. Pinterest has become a popular SaaS platform and it contains widgets like a follow icon and a profile option that were all developed using ReactJS.

Three terms can best describe the React framework for SaaS applications: powerful, responsive, and reliable. The initial plan was to create sizable programs that would enable continuous data modification.

By introducing the virtual DOM, facilitating simpler UI construction, and giving a component-based framework, React developers have achieved complete success. All of the aforementioned evidence suggests that ReactJS for SaaS development services is the perfect choice for any business, whether it be a tiny startup or even a major enterprise.

So It is a safe bet to invest your time and resources and hire dedicated ReactJS developers in a professional like Netsmartz if you are interested in creating a SaaS solution. It is only a matter of time before we create a SaaS app for your company with our 20+ years of expertise and seasoned professionals.

Explore our SaaS development services, and work with our prevetted saas software developers working in dedicated teams for your project.

So, let’s talk about your app idea in a free consultation.

The ideal SaaS development framework for 2022 is React. Yes! You read it correctly. ReactJS was initially created by Facebook and eventually expanded to a very well SaaS app that became an essential part of our everyday lives. This is a truth that ReactJS has fulfilled and frequently even beyond consumer expectations. This is the… END_OF_DOCUMENT_TOKEN_TO_BE_REPLACED