The Benefits of ASP.NET Core for Enterprise Software Development 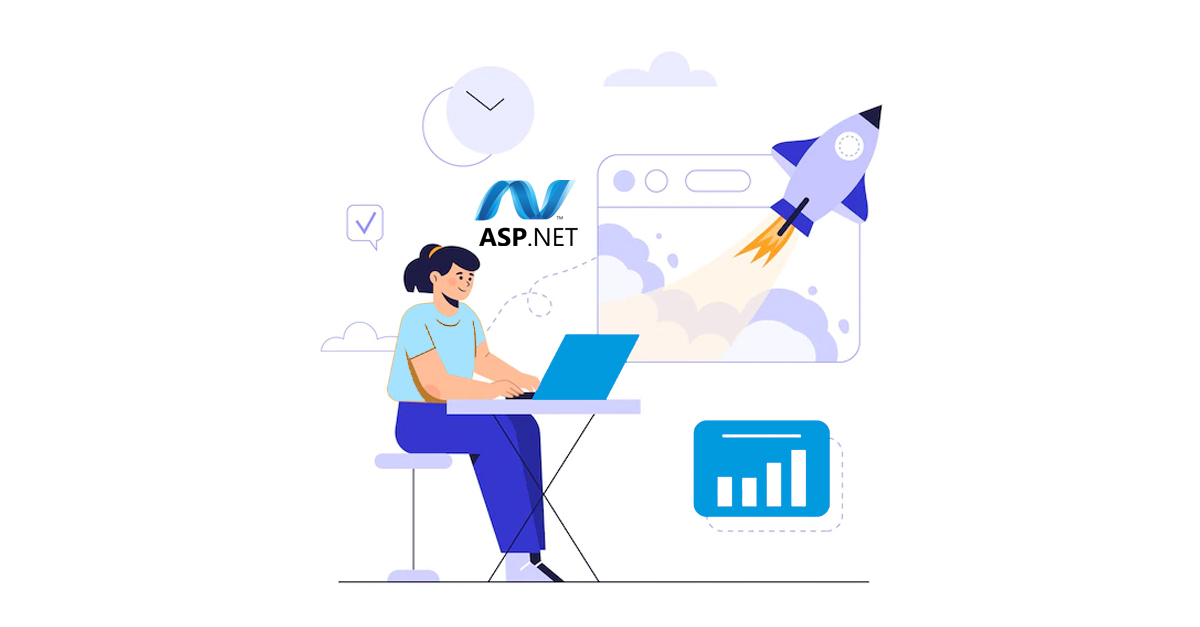 Understanding that you require more than just a quick solution to sustain your enterprise while developing custom applications is certainly one of the most crucial concepts to grasp.

Yes, it’s important to deal with today’s concerns, but it’s just as important to be able to create a solution that will change and expand with your enterprise.

Making it scalable as well as tackling obsolescence.

The one which enables you to maintain the flexibility necessary to better position yourself to deal with the difficulties in coming years.

This is why you require a web development framework, that is going to be functional for at least the ensuing ten years, if not more.

This is the reason the ASP.NET framework is needed. When implemented correctly, an ASP.NET enterprise solution serves your current enterprise as well as the company you plan to become within the next several years.

So in this article, we will examine what ASP.NET is and the different aspects that make ASP.NET the ideal framework for developing enterprise apps.

An Overview of ASP.NET

Microsoft introduced and built the web app framework ASP.NET. This is an open-source alternative to the original ASP and the.NET Framework. The.NET Framework made its debut in January 2002 with edition 1.0. So, the issue that arises is, what technology did we use to create online software and services prior to 2002? The answer is Classic ASP. Therefore, Classic ASP existed before.NET and ASP.NET.

Because ASP.NET is based on the Common Language Runtime (CLR), developers may write their code in any.NET language (C#, VB, etc.) and then have it run. It has a strong integration of HTML, CSS, and JavaScript, making it ideal for working with HTTP and allowing developers to build interactive web pages, web apps, sites, and online services.

Why is ASP.NET the Right Choice for Web Application Development for Enterprises

One of the primary reasons ASP.NET is becoming so well-liked among developers is because of its open-source code. This framework’s source code is now accessible on GitHub, which can be changed, reviewed, or even contributed.

In addition to this, the sizeable.net core community contributes to the smooth and quick creation of applications.

Additionally, you don’t need to wait a lot to take advantage of the newest advancements since all bug fixes and upgrades are speedier and published quite often. As a result, you will be able to save a significant amount of time.

The latest version of the Microsoft dot net core framework has this specific revolutionary functionality. While creating environments that are centered on pages, the main goal is to integrate increased performance.

With increased efficiency, the programmers of every dot net development firm may produce a web UI of the highest caliber thanks to its page-based coding design.

Additionally, it is also possible to quickly and efficiently group the codes for each and every single page. When building scalable, high-performance, and resilient online apps, razor pages make the process simpler and more productive.

You may avoid utilizing external frameworks like Ninject or AutoFactor by utilizing the built-in dependency injection feature of the ASP.NET Core framework.

Dependency injection is a technique that aids developers in identifying the various components of their projects.

The usage of the aforementioned framework, Ninject, and AutoFactor, was the only option to implement Dependency Injection in any project prior to the implementation of the ASP.NET core.

Nevertheless, the dependency injection is treated as the most important factor by ASP.NET Core. This means now it’s not restricted to web applications and can now be used in event-driven apps as well.

ASP.NET is favored by numerous developers because it lets them choose programming language according to compatibility or their areas of expertise, to develop the app according to specific client demands.
Few sophisticated features of ASP.NET:

One of the finest aspects of .NET development is indeed the cross-platform deployment design. The framework works flawlessly on Windows, Linux, and Mac OS despite being designed only to operate on toolkits and apps developed for Windows.

With the help of the Visual Studio IDE, developers may design web applications for any OS of their choice and achieve project cooperation.

.Net Core, which is cross-platform compliant, has the individual package and install features. This makes it a great platform for creating high-quality web apps.

Following the development, the app provides the ability to reuse the code to make new applications across all platforms and operating systems.

They could also decide on reasonably priced storage options like PostgreSQL. The entire efficacy of web application development is upheld by the.NET Core framework.

Web applications are regarded as a reliable option for developers due to their flexibility and ease of deployment, among other factors. You can deploy the web application in one of the following ways:

Elements from shared systems are necessary for this implementation type. Only your own program and third-party dependencies will be able to be executed by you. In doing so, host systems’ RAM will be conserved.

There won’t be any common elements of this sort of deployment. The components of the.net core runtime and libraries were separate from other.net software.

When one powerful framework like ASP.NET is supported by a reliable development platform like Visual Studio, the result is unquestionably an appealing combination.

You can develop web applications using Visual Studio IDE while working with the ASP.NET framework to create an effective application using all the excellent capabilities provided by the IDE.

This framework was created by Microsoft to give programmers strong and convenient functionality.

ASP.NET provides various capabilities to facilitate development even when a programmer has prior experience with web apps. ASP.NET can also be used by programmers who have a basic understanding of creating web apps.

ASP.NET is ideal for large-scale enterprises. Because they have a sizable team and several locations distributed around the globe.

They carry out various tasks and manage a substantial volume of data. In addition to all of this, they need to satisfy their customer expectations as well. This is why they require robust technology like ASP.NET for software development.

Even though there are numerous benefits of using ASP.NET for your software development, your development team also needs to use the proper ASP.NET tools to create full-fledged software for your enterprise.

So we have listed 6 tools that your developers can use.

Additionally, migrating to ASP.NET core offers a multitude of advantages.

6 Important ASP.NET Tools to Be Aware Of

Now that you have an understanding of the advantages of the technology, let us have a look at a few tools that you can leverage to completely use the potential of ASP.NET.

The aesthetic appeal of the websites is improved with the aid of this. The Visual Studio extension, themes, and features are all easily accessible through it. The IDE, which provides access to more than 7,000 presently offered goods, works best in conjunction with Visual Studio Gallery.

The NuGet utility makes it easier for programmers to acquire third-party resources like common third-party libraries. They can make their custom tools using this tool, depending on their needs. Additionally, it facilitates the quicker development of ASP.NET apps.

An add-on for Visual Studio is ReSharper. JetBrains created this program. It facilitates the analysis of the code’s reliability and makes it possible to correct errors quickly and easily. However, there are a number of shortcuts available in this for simple navigation and modification. The developmental difficulties may be sorted using a number of choices provided by this program.

Error Logging Modules and Handlers are the Google-provided error logging tools. The error recording and troubleshooting components of this program are open sources. This is a pluggable section that enables error resolution without changing the application code.

This is a cutting-edge solution for controlling the maintenance, administration, and SQL database processes. It boosts programmers’ output. Numerous comprehensive capabilities, including script creating, navigating, and color, are included in SQLComplete.

A new phase in enterprise app development is beginning with the introduction of ASP.NET Core.

The work of an ASP.NET developer has been significantly easier, and businesses’ online presence has gotten more profitable thanks to ongoing enhancements to its capabilities.

Because of this, ASP.NET Core is increasingly being used by organizations and enterprises to construct cutting-edge applications.

And if you are thinking of creating a web application, investing your recourses in seasoned professionals like Netsmartz is the way to go. So without wasting any more time, book a free consultation now.

Understanding that you require more than just a quick solution to sustain your enterprise while developing custom applications is certainly one of the most crucial concepts to grasp. Yes, it’s important to deal with today’s concerns, but it’s just as important to be able to create a solution that will change and expand with your… END_OF_DOCUMENT_TOKEN_TO_BE_REPLACED